‘It makes me enjoy playing with the kids’: is microdosing mushrooms going mainstream? 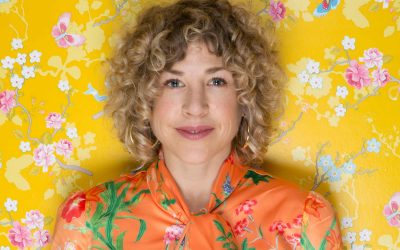 A story of one woman’s experience with microdosing.

Rosie has just returned from the school run. She drops a bag of groceries on to her kitchen table, and reaches for a clear plastic cup, covered by a white hanky and sealed with a hairband. Inside is a grey powder; her finely ground homegrown magic mushrooms.

“I’ll take a very small dose, every three or four days,” she says, weighing out a thumbnail of powder on digital jewellery scales, purchased for their precision. “People take well over a gram recreationally. I weigh out about 0.12g and then just swallow it, like any food. It gives me an alertness, an assurance. I move from a place of anxiety to a normal state of confidence, not overconfidence.”

Over the last 12 months, I have been hearing the same story from a small but increasing number of women. At parties and even at the school gates, they have told me about a new secret weapon that is boosting their productivity at work, improving their parenting and enhancing their relationships. Not clean-eating or mindfulness but microdosing – taking doses of psychedelic drugs so tiny they are considered to be “subperceptual”. In other words, says Rosie: “You don’t feel high, just… better.”

It’s a trend that first emerged in San Francisco less than a decade ago. Unlike the hippies who flocked to the city in the 60s, these new evangelists of psychedelic drugs were not seeking oblivion. Quite the opposite. While a “full” tripping dose of LSD is about 100 micrograms, online forums began to buzz with ambitious tech workers from Silicon Valley eulogising the effect of taking 10 to 20 micrograms every few days. Others used magic mushrooms. While both drugs are illegal in the US and the UK, increasing numbers claimed that tiny amounts were making them more focused, creative and productive.

Yet the scientific evidence remains shaky. The latest study, published in February in the open- access journal Plos One and led by cognitive scientist Vince Polito, tracked the experience of 98 microdosers who were already using psychedelics – a class of drugs including LSD and psilocybin (the active ingredient in magic mushrooms).

There is, the study noted, “a perception of microdosing as a general panacea that is able to improve virtually all aspects of an individual’s life”. All 98 participants expected its benefits to be “large and wide-ranging”. Yet while some clear changes were noted – decreased mind-wandering, for example – the study found no evidence of increased creativity or life satisfaction. In fact, after six weeks of microdosing, a small increase in neuroticism was noted.

The study’s participants did, however, report lower levels of stress and depression. It was this that drew Rosie to try it. “I’ve done the traditional treatments,” she tells me. “Therapy helped hugely – it got me out of a seriously bad place and to a functioning one. And for many years, I was functioning very well, outwardly. No one would have known. But inside, I was a mess.”

Antidepressants failed to work, so she stopped taking them after the birth of her second child, comforting herself with alcohol instead. “I wasn’t getting blind drunk and peeling myself off pavements,” she says. “But if I felt bad, my mind would immediately travel to the next drink I could have. It was the only thing that helped block out the sadness.”

That changed about a year ago, when friends began talking about microdosing. Rosie wondered whether it might have a positive effect on her mental health. She gave up booze, went online and found a company in Holland selling kits for growing your own magic mushrooms.

In the very early days, she got the dosage slightly wrong and found herself, “not tripping at all, but staring at a tree for slightly longer than passersby would find normal”. Otherwise, she says, the only down side is, “I can’t take it after 5pm or I can’t sleep.”

She is scrupulously careful to keep her mushrooms far out of the reach of her pre-teen children. “But it definitely doesn’t impair my ability to parent,” she says. “If anything, my awareness is sharpened.”

There is, however, one major danger in Rosie’s mind – its illegality. She has agreed to meet me on the proviso that I keep her identity a secret. “I have two kids. I’ve got responsibilities. And although I believe completely in what I’m doing, these are still class A drugs.” Growing kits are illegal to possess in the UK and she says: “The thought that the company now has my name and address in their records makes me nervous, as did the fact that they mailed the kit to me through the post.”

Once her kit arrived, there were more concerns. It came with strict instructions to wash her hands up to her elbows and keep her mushrooms as sterile as possible, to prevent bacteria growing. “Blue streaks appeared on their stems,” she says. “As a novice, that was really scary. I didn’t want to kill myself with contaminated mushrooms. I went on lots of forums to check, and it turned out it’s just a normal, safe form of bruising.

“It would be much safer if it was legal, so you could openly seek expert advice,” she concedes, but adds, “I’ve taken antidepressants with lists of side-effects as long as my arm. Now I’m taking something with no known side-effects and it’s working. In life, you make risk calculations every day. Is it safe to cross the road? Should I have one more glass of wine? This is just another of those. And I’m significantly happier as a consequence.”

Just how much of a risk is microdosing? Research in this area has a long and trippy history. Used to treat mood disorders, from anxiety to alcoholism in the 1950s and 60s, psychedelics including LSD and psilocybin became classified as illegal, class A drugs in Britain in 1971. Since the US had also criminalised them the year before, research into their clinical use ground to a halt, while horror stories about recreational overdoses and bad trips abounded.

Then, in 2011, came The Psychedelic Explorer’s Guide. Written by American psychologist and researcher James Fadiman, it introduced the term microdosing into popular culture, setting out appropriate doses (10 micrograms of LSD every three days) and including glowing first-hand reports of improved productivity. He attracted evangelical followers in the US, and then across the world. Scientific research into the practice began, too.

“There’s only one genuine concern about microdosing,” says David Nutt, former chief drugs adviser to the government and author of Drugs: Without The Hot Air. “There’s a theoretical possibility that a relatively low dose of LSD, taken every day, could narrow the heart valves.” Beyond that, he says, there is no evidence that even “full” doses of LSD are dangerous to health (though clearly, the ill-advised actions of those under its effects can be). But users should not underestimate its illegality: “Possession carries a maximum penalty of seven years in prison,” he says.

Barbara J Sahakian, professor of clinical neuropsychology at the University of Cambridge’s Behavioural and Clinical Neuroscience Institute, is more cautious. She says that the “increasing lifestyle use of ‘smart drugs’ by healthy people” is not the best route to improved brain health. “Some people would prefer to take a drug, as it is rapid acting, rather than consider other means of enhancing cognition, like exercise or cognitive training, which take time and require effort,” she says. “Rather than taking short-term, inadequate solutions, such as microdosing, to long-term problems, it is time for people to consider how they can best improve their health and wellbeing.”

Origianal article from The Guardian 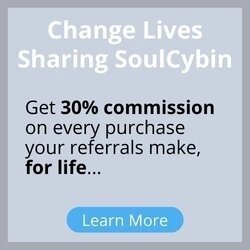